Jim Ellis has an extensive history as a video producer, with over 35 years of experience working on TV commercials and feature films.

Jim first became interested in video and film when he was sitting in a religious studies class. As his teacher covered the Book of Acts, he stated, “Someday, somebody’s got to put this stuff on film!” Jim immediately thought to himself, “That’s something I want to do.”

In 1985, Jim made that dream come true when he launched his production company: Inspired Images. The goal? To be the best in the field by providing unparalleled customer service through innovative content creation.

In 2010, Jim started Vista Films International with his partner, Elias Acosta. The company released their first full-length faith-based feature film, “Refuge From The Storm” – picked up and distributed by Entertainment One. 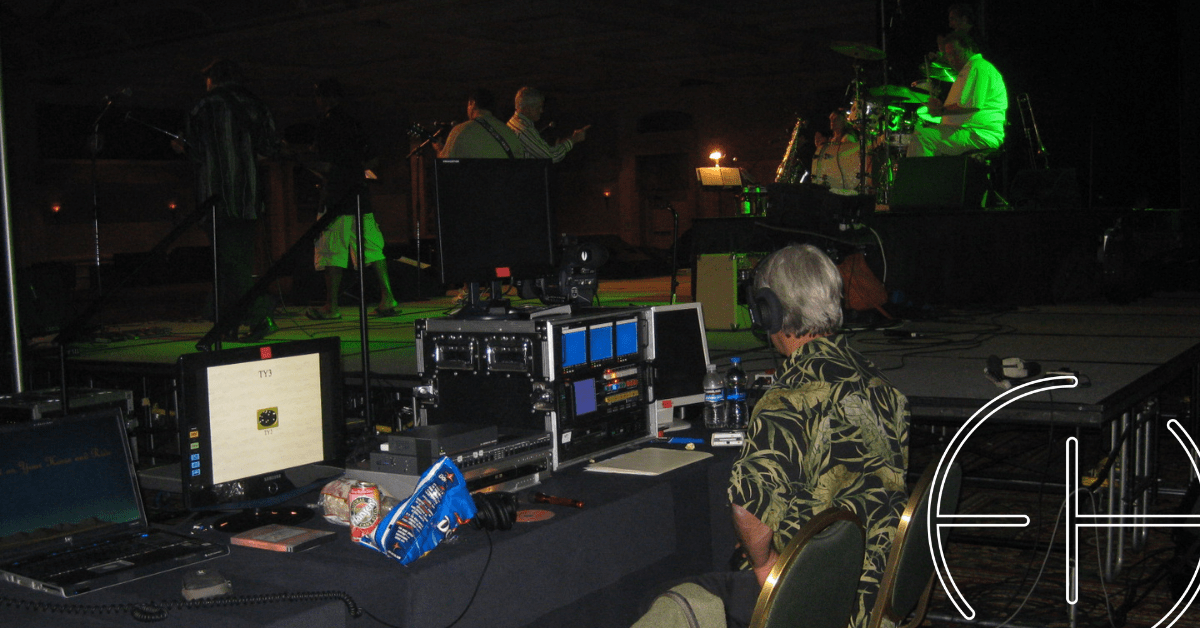 Be Strong In Your Convictions

Being an entrepreneur requires a lot of work and is very risky business.

Ask yourself, “why do I want to do this?” Having a clear goal in mind and understanding why you want this will help you navigate the tough road ahead.

Another challenging part is not having a support system in place. Many friends and family will urge you to find a more secure position like a corporate job. However, not everyone wants that type of lifestyle, and every person will want to forge their own path. 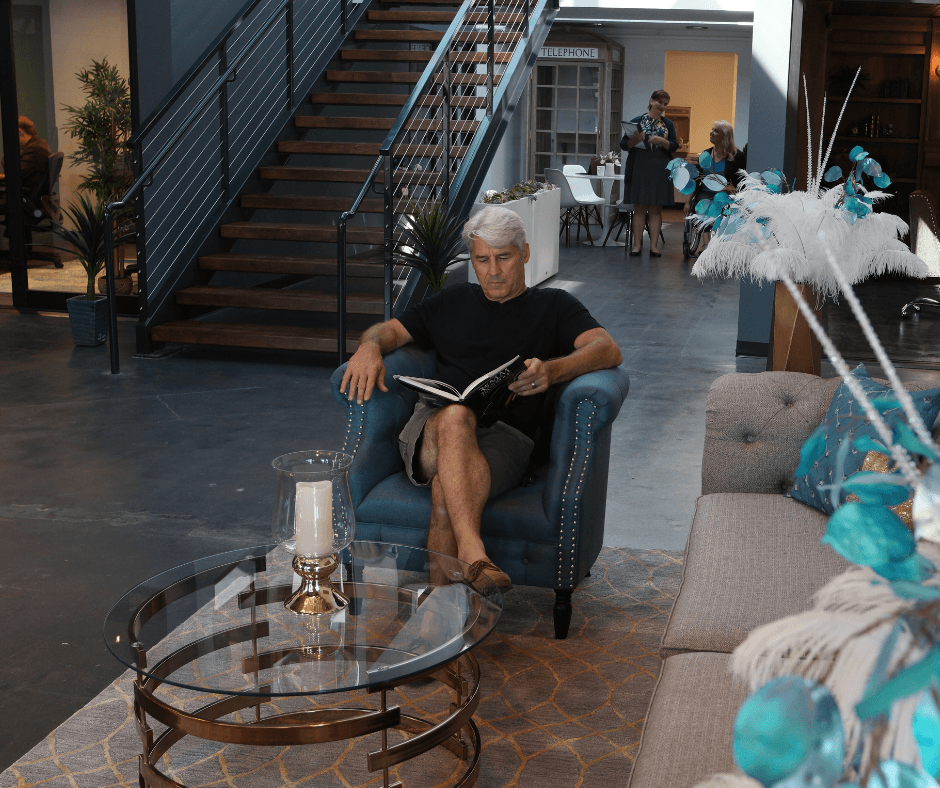 You have to be clear on your inspiration for starting a video production company and understand why you want to create your own production company. You need to know that you will lose money at first, but if things go well, then success can follow in due time.
“It was to do something that I enjoyed and that I was passionate about, and eventually I did make some money, but I think that’s good to make sure you’re convinced of your inspiration.”

Be the best in your field

What kind of producer are you going to be? Some people choose to shoot music videos, while others focus on commercial content or product shoots. For some, the end goal for a producer is to create a feature film.

Find your niche, specialize, and get good at doing that one thing – you must create a lane for yourself. Once you’ve discovered your niche, it becomes essential to hone your skills to stand a chance in the film industry.

“There’s a fellow who a son of my film partner, who’s doing animations right now, and he just developed a new technique to do hair. And so, the industries took notice because it was so revolutionary on how more real hair can look on these animations.”

By creating your lane and establishing yourself as a helpful resource and source of knowledge, the industry will notice. 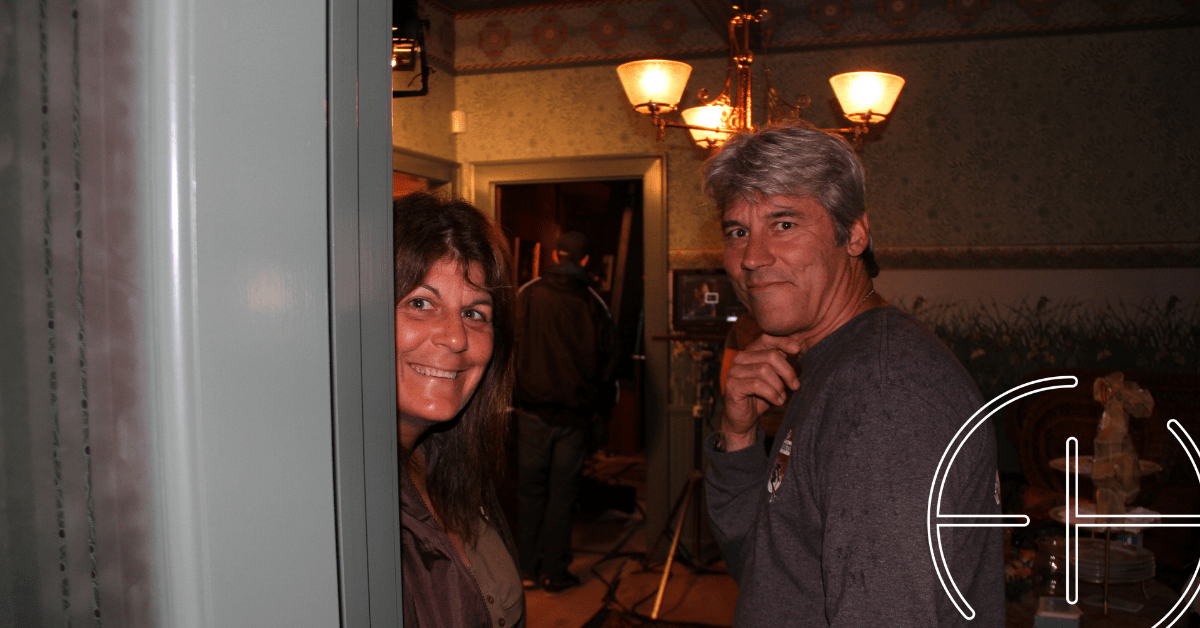 People hire those whom they trust

People hire who they trust, and that’s a big deal. To begin developing trust, you need to be able to carry out projects well. Know your limitations, and do not promise something you can’t deliver.

The other aspect of a project is to see it through the client’s eyes and understand their concerns. That will help you win their trust and will allow you to create better work.

As your company grows, you’ll begin developing close relationships with clients and your community, and in turn, you can generate more business through your reputation.

And the next step is developing a scalable video production company to accommodate growing projects. 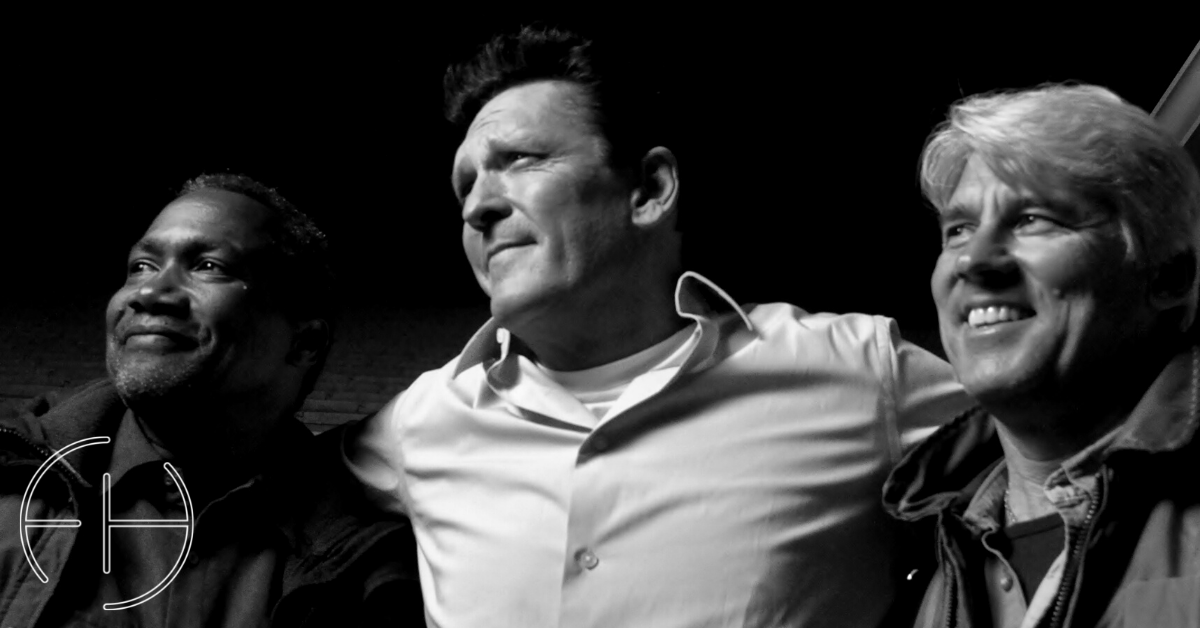 Be a leader in your industry

Do not just follow the current trends you notice in the film industry. Dare to try new things and find unique solutions within your niche to increase your value proposition further.

Back in 2009, Jim was in the process of buying a film camera. His partner Elias suggested they try shooting a film with a DSLR camera. With proper artistic ability, a DSLR should be able to shoot a feature film. 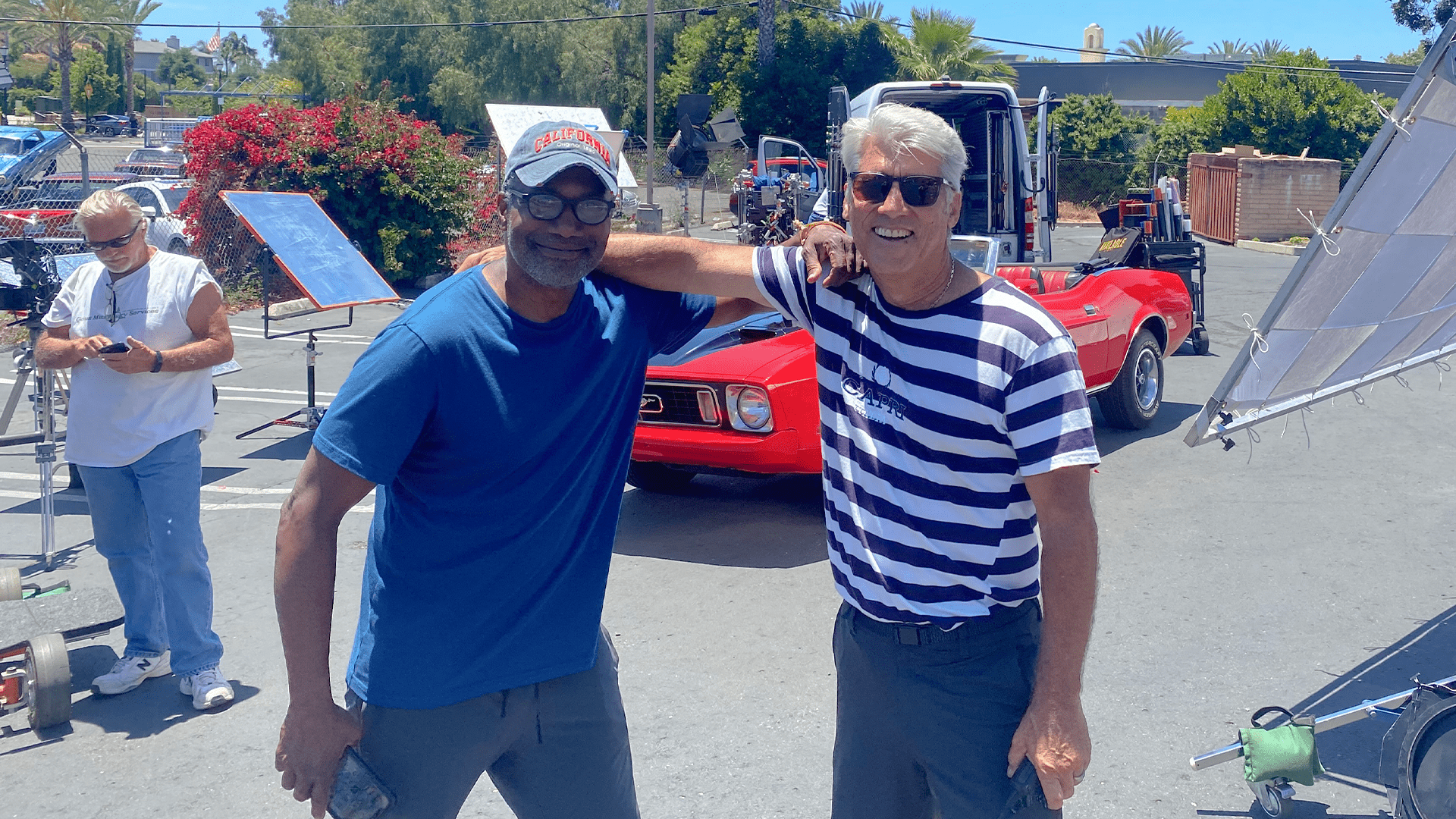 At that time, Warner Brothers were just starting to use digital cameras instead of film cameras for their television shows. Before that, it had all been film. Jim, Elias, and Warner Brothers were at the forefront of a technological shift towards digital media.
It all came down to pushing the envelope and exploring new solutions to existing problems. See what technology is currently available, how space will evolve in the future, and understand what doors this technology will open down the line.

To succeed in the film industry, you need to build character. To become the best in the field, you need to experience a lot of different works.

Sometimes you’ll have to do things you aren’t interested in or don’t want to be doing, but getting through these challenges is how you become resilient.

You must also learn to work with a broad group of people, from camera operators and gaffers to talent and makeup artists.

Be sure to treat your talent with humility and accept your successes with them. There’s nothing worse than having a talented person with a huge ego that you can’t work with them. Their talent becomes unusable and goes to waste. 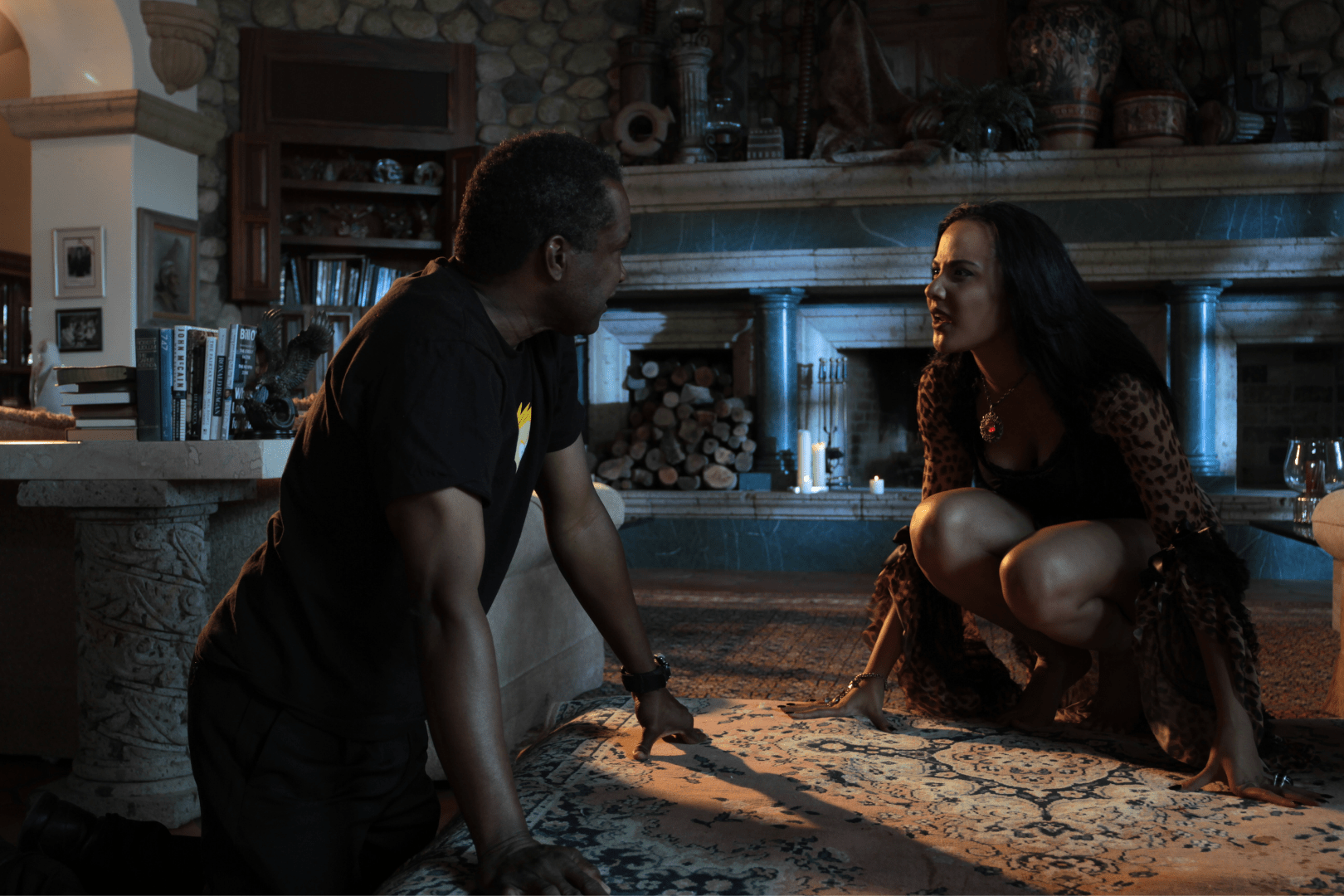 Scheduling is another important factor. It’s essential to try and schedule all of your projects out. Think about what the end result will be, then plan how you’re going to get there. It may sound easy, but it can be difficult sometimes as things come up unexpectedly.

Are you interested in learning more video production tips from Jim Ellis? How about learning valuable business knowledge from business veterans? The Film Hub hosts many monthly educational classes to teach members unique skills each month.

Not all events are member exclusive, and we encourage you to join us for our monthly courses. To stay up to date on classes, be sure to follow us on Instagram, LinkedIn, and Facebook!

Schedule a tour and see if The Film Hub is the right fit for you. 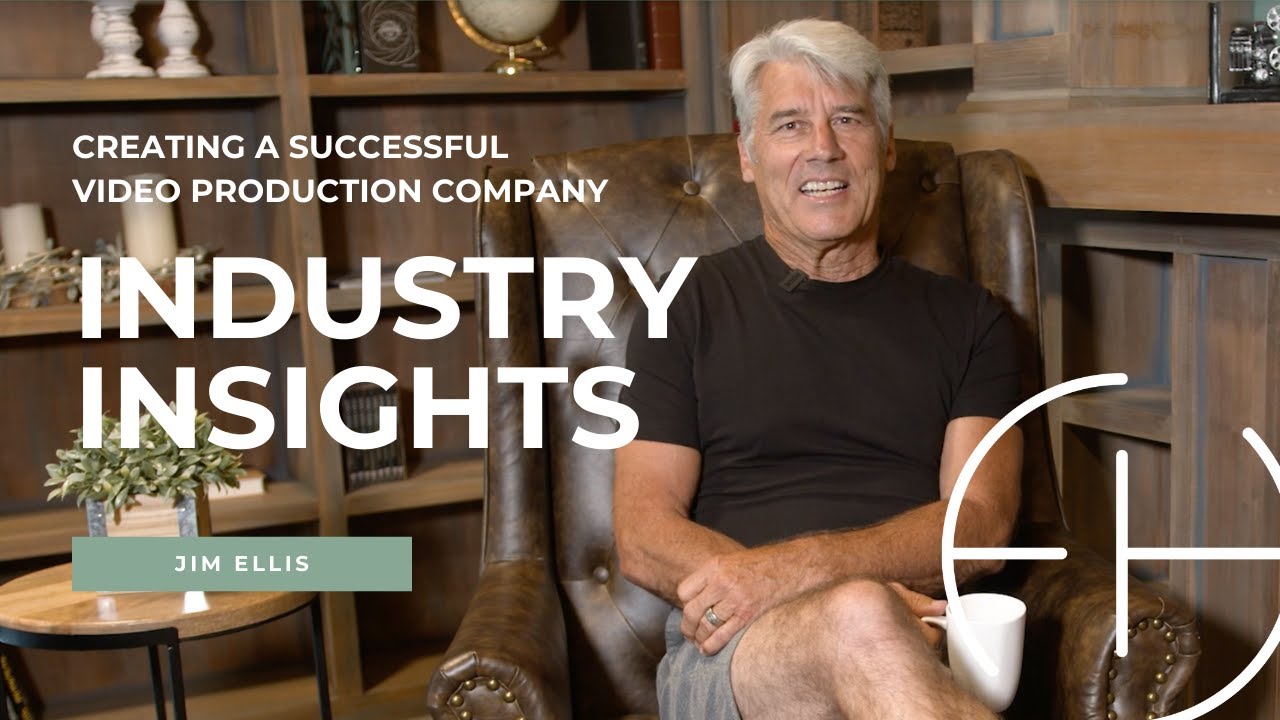